The Conspiracy of Jack Frost (Paperback) 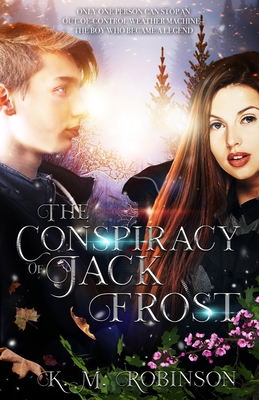 Only one person can stop an out-of-control weather machine-the boy who became a legend.

No one inside the snow globe knows that Morozoko Industries is controlling their weather, testing them to form a stronger race that can survive the fallout from the bombs being dropped on the outside world-all they know is that they must survive the harsh Winter that lasts a month and use the few days of Spring, Summer, and Fall to gather enough supplies to survive.

When the seasons start shifting, Genesis and her boyfriend, Jack, know something has gone wrong. As their team begins to find technology that they don't have access to inside their snow-globe-of-a-world, it looks more and more like one of their own is working against them.

Genesis soon discovers Morozoko Industries is to blame, but when a foreign enemy tries to destroy their weather program to make sure their life-altering bombs succeed in destroying the outside world, their only chance is to shut down the machine that is spinning out of control and save the lives of everyone inside the bunker-at any cost.

Not everyone will survive this thrilling tale-do you think you can?