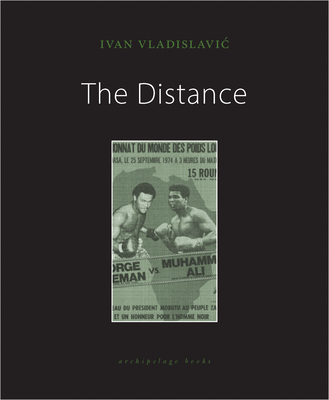 By Ivan Vladislavic
$20.00
Available - On our shelves now

A boxing bildungsroman - a collage of memories, love, resistance, and the spectacle of Muhammed Ali in Apartheid South Africa.

In the spring of 1970, a Pretoria schoolboy, Joe, becomes obsessed with Muhammad Ali. He begins collecting daily newspaper clippings about him, a passion that grows into an archive of scrapbooks. Forty years later, when Joe has become a writer, these scrapbooks become the foundation for a memoir of his childhood. When he calls upon his brother, Branko, for help uncovering their shared past, meaning comes into view in the spaces between then and now, growing up and growing old, speaking out and keeping silent.

Ivan Vladislavic is a novelist, essayist, and editor. He lives in Johannesburg where he is a Distinguished Professor in Creative Writing at the University of the Witwatersrand. His books include The Folly, The Restless Supermarket, Portrait with Keys, and Double Negative. Among his recent publications are Flashback Hotel, a compendium of early stories, and The Loss Library. His work has won several prizes, including the University of Johannesburg Prize, the Sunday Times Fiction Prize, and the Alon Paton Award for non-fiction. In 2015, He was awarded Yale University's Windham-Campbell Prize for Fiction.

"A beautifully, thoughtfully crafted novel ... [The Distance] seeks to engage the reader -- subtly, but in astonishingly many different ways, on questions about everything from race to how one can present narratives, from capturing a boxing match to attempts at autobiography to the films Branko's son is experimenting with. Vladislavić again shows himself to be an exceptional writer -- and this, as perhaps his most readily accessible work (though in fact it is many layers deep), is a good introduction to his work." — The Complete Review

"Violence meets quiet, action edges toward observation, and personality gives way to place. But where The Distance, like Portrait with Keys before it, asks that the reader build links across and between planes of memory, history, and city, the virtual world with which the book’s past collides is discomfitingly edgeless. Vladislavic is an auteur of this moment of collision. Always hovering just askew of the city he loves, his is a voice for making new spaces within it." — Africa is a Country

"Ivan Vladislavic occupies a place all of his own in the South African literary landscape: a versatile stylist and formal innovator whose work is nevertheless firmly rooted in contemporary urban life." - JM Coetzee

"Ivan's sentences are like no one else's; how does he manage to do it? They rise in the air like balloons and never seem to come down. One reads them looking up." - Arvind Krishna Mehrotra

"The writing has a quality of unpredicitability, a wildness that seeps through the fabric of Vladislavic's peerless linguistic control. Ivan Vladislavic is one of the most significant writers working in English today. Everyone should read him. " - Katie Kitamura, BOMB