The Writer's Library: The Authors You Love on the Books That Changed Their Lives (Compact Disc) 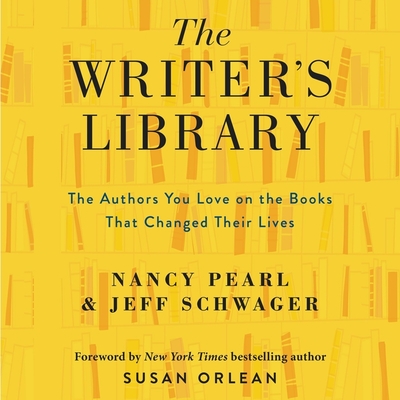 With a Foreword by Susan Orlean, twenty-three of today's living literary legends, including Donna Tartt, Viet Thanh Nguyen, Andrew Sean Greer, Laila Lalami, and Michael Chabon, reveal the books that made them think, brought them joy, and changed their lives in this intimate, moving, and insightful collection from American's Librarian Nancy Pearl and noted playwright Jeff Schwager that celebrates the power of literature and reading to connect us all.

Before Jennifer Egan, Louise Erdrich, Luis Alberto Urrea, and Jonathan Lethem became revered authors, they were readers. In this ebullient book, America's favorite librarian Nancy Pearl and noted-playwright Jeff Schwager interview a diverse range of America's most notable and influential writers about the books that shaped them and inspired them to leave their own literary mark.

The Writer's Library is a revelatory exploration of the studies, libraries, and bookstores of today's favorite authors--the creative artists whose imagination and sublime talent make America's literary scene the wonderful, dynamic world it is. A love letter to books and a celebration of wordsmiths, The Writer's Library is a treasure for anyone who has been moved by the written word.

The authors in The Writer's Library are: