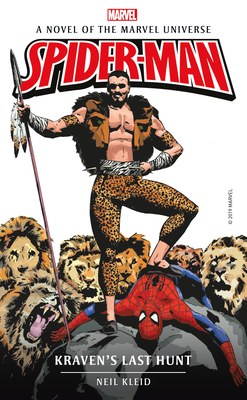 But for the obsessed Kraven, killing his prey is not enough. Once his enemy is dead, Kraven must become the Spider.

Xeric-Award winning graphic novelist Neil Kleid has written for nearly every publisher in the comic book industry, adapted Jack London's Call of the Wild into sequentials for Penguin Books, did the opposite for the seminal Marvel Comics' storyline Spider-Man: Kraven's Last Hunt, and co- authored (with co-creator Brian Michael Bendis) Powers: The Secret History of Deena Pilgrim, an original prose novel based on the award-winning comic book series.