Across an Angry Sea: The SAS in the Falklands War (Hardcover) 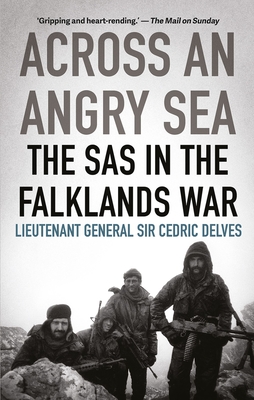 By Cedric Delves
$29.95
Email or call for price

In early summer 1982--winter in the South Atlantic--Argentina's military junta invades the Falklands. Within days, a British Royal Navy Task Force is assembled and dispatched. This is the story of D Squadron, 22 SAS, commanded by Cedric Delves. The relentless tempo of events defies belief. Raging seas, inhospitable glaciers, hurricane-force winds, helicopter crashes, raids behind enemy lines--the Squadron prevailed against them all, but the cost was high. Eight died and more were wounded or captured. Holding fast to their humanity, D Squadron's fighters were there at the start and end of the Falklands War, the first to raise a Union Jack over Government House in Stanley. Across an Angry Sea is a chronicle of daring, skill and steadfastness among a tight-knit band of brothers; of going awry, learning fast, fighting hard, and winning through.

General Cedric Delves joined the Army in 1966, was commissioned into the Devonshire and Dorset Regiment and later joined the SAS, which he commanded at every level. He also led the UK's Special Forces before going on to become Commander of the Field Army. He was medically discharged after losing a leg to a drunk driver.