The Battle That Shook Europe: Poltava and the Birth of the Russian Empire (Paperback) 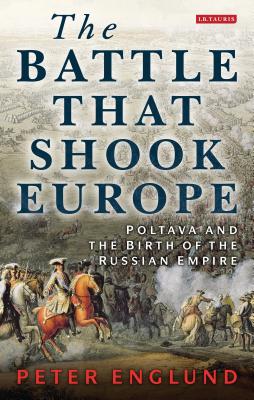 'This victory', exulted Peter the Great, 'has laid the final stone in the foundations of St Petersburg ' The Battle of Poltava, 1709, marks the birth of the Tsar's vast Russian Empire. In 1700, seeking to open Russian trade routes to the West, the Tsar combined with Denmark, Saxony and Poland to attack Swedish hegemony in the North. Against the odds, King Charles XII of Sweden subdued the hostile coalition for nearly a decade, but in 1708 took his fatal decision to march for Moscow. His defeat at Poltava, in the Ukraine, proved the turning-point of the Great Northern War, heralding the collapse of the Swedish Empire and the rise of Russia, the effects of which would be felt for almost three hundred years. Swedish historian Peter Englund's vivid account of the three violent days of battle is an internationally acclaimed classic of military history, admired by scholars and the lay reader alike.

Peter Englund is Professor of History at Uppsala University, Sweden's oldest and most prestigious seat of learning. He is heavily involved in the international media and has worked as a war correspondent in Afghanistan and the Balkans. He has recently been elected to the Swedish Academy, responsible for awarding the Nobel Prize for Literature. His bestselling The Battle that Shook Europe is recognised as the definitive work on the subject, and an international classic of the genre.