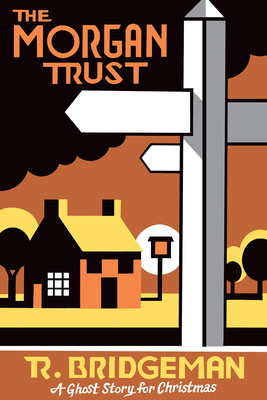 Intrigued by a travel guide's mention of tales of hauntings, Selby Pyle, an "Amateur Psychic Investigator," sets out for a village deep in the Welsh mountains--where the moss-covered walls of an unfinished Shangri La left behind by a deceased entrepreneur is far from the strangest thing he encounters.

Leslie Purnell Davies was a British novelist whose works typically combine elements of horror, science fiction and mystery. He also wrote many short stories under several pseudonyms. Seth is the cartoonist behind the comic-book series Palookaville, which started in the stone age as a pamphlet and is now a semi-annual hardcover. His comics have appeared in the New York Times Magazine, Best American Comics, and McSweeney's Quarterly. His illustrations have appeared in numerous publications including the cover of the New Yorker, The Walrus, and Canadian Notes & Queries. He is the subject of a recent documentary from the National Film Board of Canada, Seth's Dominion. Seth lives in Guelph, Ontario, with his wife Tania and their two cats in an old house he has named "Inkwell's End."