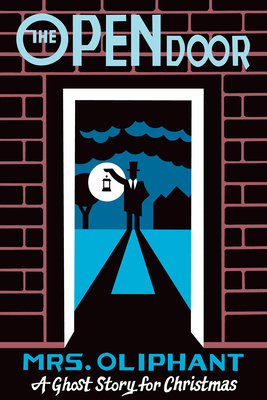 Retired officer Colonel Mortimer takes a lease on the mansion of Brentwood, the grounds of which share the ruins of an older house, including a strange, vacant doorway, but eerie events begin to unfold and Mortimer's son falls ill. As the supernatural takes hold, Mortimer resolves to do what he must to save his son even as he ventures further into an increasingly horrifying place.

Margaret Oliphant was a Scottish novelist and historical writer. Her fictional works encompass "domestic realism, the historical novel and tales of the supernatural." She wrote more than 120 works, including novels, books of travel and description, histories, and volumes of literary criticism. Seth is the cartoonist behind the comic-book series Palookaville, which started in the stone age as a pamphlet and is now a semi-annual hardcover. His comics have appeared in the New York Times Magazine, Best American Comics, and McSweeney's Quarterly. His illustrations have appeared in numerous publications including the cover of the New Yorker, The Walrus, and Canadian Notes & Queries. He is the subject of a recent documentary from the National Film Board of Canada, Seth's Dominion. Seth lives in Guelph, Ontario, with his wife Tania and their two cats in an old house he has named "Inkwell's End."