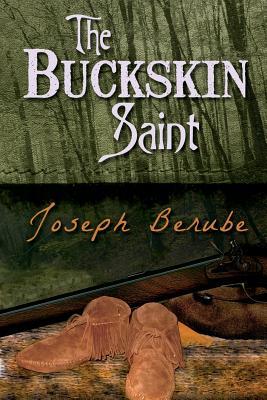 Born into British society as a child of privilege and rank, Henry St. Albans finds himself about to embark on an education and a career in service to the crown when his father's financial ruin forces him in a completely different direction. Now an indentured bondsman, the youth finds himself a servant on a colonial farm. Henry struggles with his new life and its hard realities which he had never dreamed of before.
Soon, a larger, more sinister situation is brewing and Henry is drawn into a bloody honor feud with an unbalanced native warrior, Spotted Wolf.
Set in the American Colonies of the 1770's, The Buckskin Saint is an intriguing fast-paced tale of what it took to survive the forests and settlements of America's first western frontier. Real men, women, and events have been woven into the story so that the reader can experience an authentic perspective even though this is a fictional tale.
It is a book that will be enjoyed by young adult and adult readers alike.

About the Author:
Joseph Berube is an avid life-long student of American history, especially the late 18th and early 19th centuries, so it seemed only natural to combine these two passions in The Buckskin Saint, his first novel. Born and raised in the mountains and valleys of rural Central Pennsylvania, he still lives among the forests and streams of Pennsylvania, not far from his childhood home along with his wife Jan and a large grey tabby named Tobey. He is currently working on his next novel.