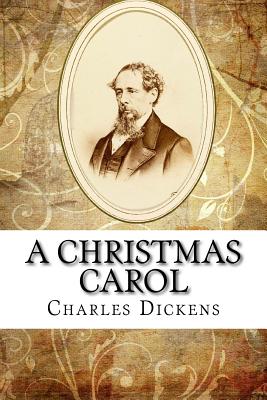 A Christmas Carol is a novella by Charles Dickens, first published on 1843. It tells the story of bitter old miser Ebenezer Scrooge and his transformation, resulting from supernatural visits of Jacob Marley and the Ghosts of Christmases Past, Present and Yet to Come. The novella met with instant success and critical acclaim.The book was written and published in early Victorian era, a period when there was strong nostalgia for old Christmas traditions together with the introduction of new customs, such as Christmas trees and greeting cards. Dickens' sources for the tale appear to be many and varied, but are, mainly, the humiliating experiences of his childhood, his sympathy for the poor, and various Christmas stories and fairy tales.The tale has been viewed by critics as an indictment of 19th century industrial capitalism. It has been credited with restoring the Christmas season as one of merriment and festivity in Britain and America after a period of sobriety and sombreness. A Christmas Carol remains popular - having never been out of print - and has been adapted many times to film, stage, opera, and other media.Dickens divides the book in five chapters, which he labels "staves," that is, song stanzas or verses. The phrase "Merry Christmas" became popular after the story, and the current state of observance of Christmas is largely the result of a mid-Victorian revival of the holiday spearheaded by A Christmas Carol. Dickens sought to construct Christmas as a self-centered festival of generosity, in contrast to community-based and church-centered observations, which had dwindled during the late 18th and early 19th centuries. In superimposing his secular vision of the holiday, Dickens influenced many aspects of Christmas that are celebrated today in Western culture, such as family gatherings, seasonal food and drink, dancing, games and a festive generosity of spirit.This simple morality tale with its pathos and theme of redemption significantly redefined the spirit and importance of Christmas.