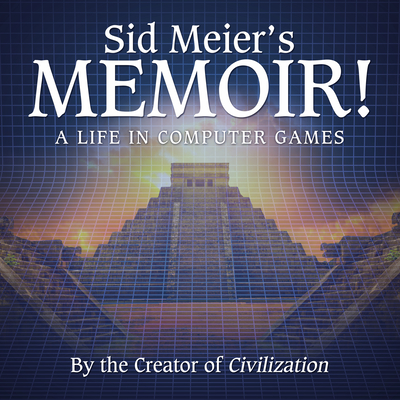 By Sid Meier, Charles Constant (Narrated by), Jennifer Lee Noonan (With)
$34.99
Email or call for price

The life and career of the legendary developer celebrated as the godfather of computer gaming, and creator of Civilization. Over his four-decade career, Sid Meier has produced some of the world's most popular video games, including Sid Meier's Civilization, which has sold more than 51 million units worldwide and accumulated more than one billion hours of play. Sid Meier's Memoir is the story of an obsessive young computer enthusiast who helped launch a multibillion-dollar industry. Writing with warmth and ironic humor, Meier describes the genesis of his influential studio, MicroProse, founded in 1982 after a trip to a Las Vegas arcade, and recounts the development of landmark games, from vintage classics like Pirates and Railroad Tycoon, to Civilization and beyond. Articulating his philosophy that a video game should be a series of interesting decisions, Meier also shares his perspective on the history of the industry, the psychology of gamers, and fascinating insights into the creative process, including his rules of good game design.