A Past That Breathes (Hardcover) 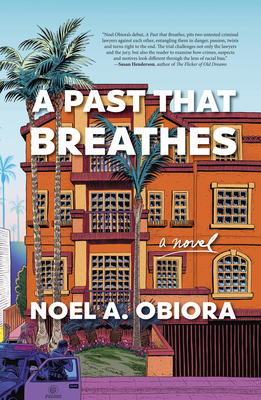 In January 1995, a promising young musician was found murdered in her apartment in West Los Angeles. There were no eyewitnesses to the crime, but someone saw her arguing with her ex-boyfriend, an African American man, the day before she was found dead. With the city in the throes of the O.J. Simpson trial at the time, LAPD was not about to let another African American skip town after killing a white woman. They arrested the ex-boyfriend on circumstantial evidence but ignored other evidence found at the scene of the crime that did not support their case. This collection of evidence, and LAPD's questionable tactics, did not sit well with the younger of two deputy district attorneys assigned to the case. Worse still, the defendant had hired a lawyer with whom the younger deputy district attorney had strong mutual attractions in college and had started seeing again. Caught in a web of the ideals they swore to uphold, an affair that could destroy their careers, and social and systemic racism, the young lawyers, both trying their first murder case, are plunged into the realities of a divided city and their place within it.

Noel Obiora was born in Nigeria and moved to the United States as a teenager. He attended College in the United States, obtaining a law degree at the University of Texas, and an undergraduate degree in Business Economics at Southern Connecticut University. After briefly practicing law in Los Angeles, California, he continued his studies at Kings College, London and the Royal Academy of Dramatic Arts (RADA), for an M.A. in Text and Performance Studies. For his Master's thesis at Kings College and RADA, he wrote the Play, "Dinner for the President". He lives in Northern California with his family and works as a Senior Public Utilities Counsel for the State of California, advocating for safety and reliability of the State's utilities services on behalf of ratepayers. He is an avid soccer fan, a documentary film enthusiast and enjoys traveling.