The Spider #62: Scourge of the Black Legions (Paperback) 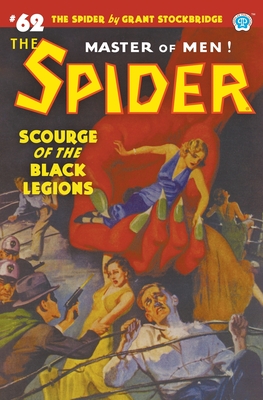 This is book number 62 in the Spider series.

Over New York had swept the Master's dread Black Police-wiping out the last organized resistance to their ruthless Underworld rule of the Empire State Only Richard Wentworth, his forces scattered, could hope to succeed where thousands had failed-and, attired in the Spider's somber garb, strike one last desperate blow at the master-murderer who had sacked a state to make a fortune out of dead men's bones