The Spider #52: Legions of the Accursed Light (Paperback) 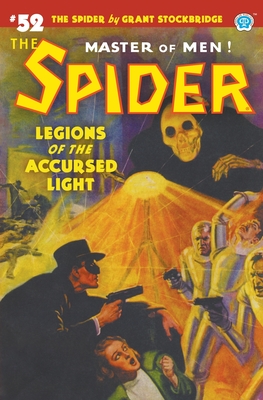 This is book number 52 in the Spider series.

Like an eerie devil-dawn, that green death-ray spread its lethal shadow over New York-burning to smoking crisps the helpless hundreds who dared its path. For the Eye of Flame had loosed his fire-fiends upon America's proudest city, and, as prisons poured forth their criminals, and the underworld came into its terrible own, no man could hope to combat that ray of death. Single-handed, Richard Wentworth, in the Spider's gruesome garb, dared the Flame-fighting for an entire people's safety against a monster who had learned to make millions out of human misery and the charred cinders that had once been men