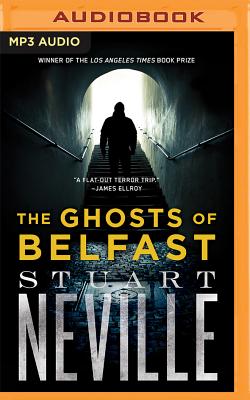 By Stuart Neville, Gerard Doyle (Read by)
$9.99
Email or call for price.

This is book number 1 in the Belfast Novels series.

Fegan has been a "hard man"--an IRA killer in Northern Ireland. Now that peace has come, he is being haunted day and night by 12 ghosts: a mother and infant, a schoolboy, a butcher, an RUC constable, and seven other of his innocent victims. In order to appease them, he's going to have to kill the men who gave him orders.

As he's working his way down the list, he encounters a woman who may offer him redemption; she has borne a child to an RUC officer and is an outsider too. Now he has given Fate--and his quarry--a hostage. Is this Fegan's ultimate mistake?