The Yellow Star House: The Remarkable Story of One Boy's Survival in a Protected House in Hungary (Paperback) 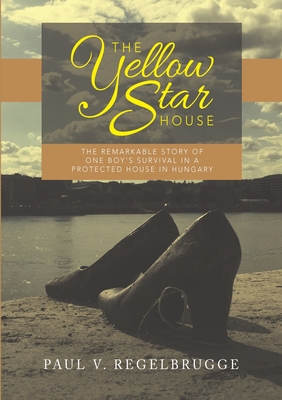 By Paul V. Regelbrugge
$15.56
Available - On our shelves now

Between May 15 and July 9, 1944, over 440,000 Hungarian Jews were deported and, most were murdered at Auschwitz-Birkenau. The sole exception was the Jews in Budapest. In October 1944, Nazi Lieutenant Colonel Adolf Eichmann, with the eager assistance of the Hungarian fascist Arrow Cross party, initiated plans to finish off the Jews of Budapest even as the Soviet Red Army was rapidly advancing, and ultimately laid siege on Budapest in December 1944. This is the story of how one Jewish boy and 400 others were protected in a "yellow star house." The house was converted into a hospital run by Jewish doctors designed to treat everyone -- even their wounded enemies, free of charge. The Jewish residents were ultimately saved in this way by a man who posed as an Arrow Cross officer and risked his own life countless times while over 70,000 Jews were being murdered at the Danube or dying in ghettos. The Yellow Star House is a story of courage, family, hope, rescue and luck. It is unforgettable.