Shadows of Self: A Mistborn Novel (The Mistborn Saga #5) (CD-Audio) 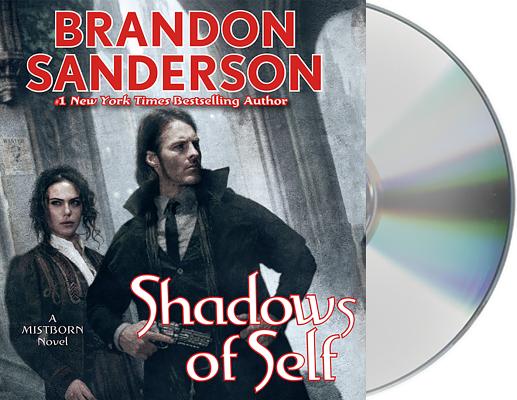 By Brandon Sanderson, Michael Kramer (Read by)
$39.99
Email or call for price

This is book number 5 in the The Mistborn Saga series.

When family obligations forced Waxillium Ladrian to forsake the frontier lands and return to the metropolis of his birth to take his place as head of a noble House, he little imagined that the crime-fighting skills acquired during twenty years in the dusty plains would be just as applicable in the big city. He soon learned that there too, just being a talented Twinborn — one who can use both Allomancy and Feruchemy, the dominant magical modes on Scadrial — would not suffice.

This bustling, optimistic, but still shaky society will now face its first test by terrorism and assassination, crimes intended to stir up labor strife and religious conflict. Wax, his eccentric sidekick Wayne, and brilliant, beautiful young Marasi, now officially part of the constabulary, must unravel the conspiracy before civil strife can stop Scadrial’s progress in its tracks.

Brandon Sanderson grew up in Lincoln, Nebraska. He lives in Utah with his wife and children and teaches creative writing at Brigham Young University. He is the author of such bestsellers as the Mistborn® trilogy and its sequels, The Alloy of Law, Shadows of Self, and The Bands of Mourning; the Stormlight Archive novels The Way of Kings and Words of Radiance; and other novels, including The Rithmatist and Steelheart. In 2013, he won a Hugo Award for Best Novella for The Emperor's Soul, set in the world of his acclaimed first novel, Elantris. Additionally, he was chosen to complete Robert Jordan's Wheel of Time® sequence.

Michael Kramer has narrated over 100 audiobooks for many bestselling authors. He read all of Robert Jordan’s epic Wheel of Time fantasy-adventure series as well as Brandon Sanderson’s The Stormlight Archive series. He received AudioFile magazine's Earphones Award for the Kent Family series by John Jakes and for Alan Fulsom's The Day After Tomorrow. Known for his “spot-on character portraits and accents, and his resonant, well-tempered voice” (AudioFile), his work includes recording books for the Library of Congress’s Talking Books program for the blind and physically handicapped.

Kramer also works as an actor in the Washington, D.C. area, where he lives with his wife, Jennifer Mendenhall (a.k.a. Kate Reading), and their two children. He has appeared as Lord Rivers in Richard III at The Shakespeare Theatre, Howie/Merlin in The Kennedy Center’s production of The Light of Excalibur, Sam Riggs and Frederick Savage in Woody Allen’s Central Park West/Riverside Drive, and Dr. Qari Shah in Tony Kushner’s Homebody/Kabul at Theatre J.