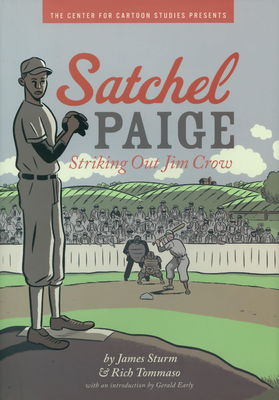 By James Sturm, Rich Tommaso (Illustrator)
Email or call for price.
Out of Print- Not currently available to order

James Sturm's graphic novel The Golem's Mighty Swing was named "Best Comic 2001" by Time Magazine. In 2004, his Marvel Comics graphic novel Unstable Molecules won the prestegious Eisner Award. James' writings and illustrations have appeared in scores of national and regional publications, including The Chronicle of Higher Education, The Onion, The New York Times, The LA Weekly and on the cover of the The New Yorker. James is the co-founder and director of The Center for Cartoon Studies, America's premiere cartooning school, located in White River Junction, VT.

Rich Tommaso has been writing and drawing original comics and graphic novels for over ten years. He has worked for such publishers as Fantagraphics Books, Top Shelf Productions, Dark Horse Comics, Chronicle Books, and Alternative Comics. He has received accolades from many magazines and trade papers, including Publisher's Weekly, Spin Magazine (which did a full page spread about his debut graphic novel, Clover Honey), Wizard Magazine, The CBG, and The Comics Journal. Rich lives in Vermont.