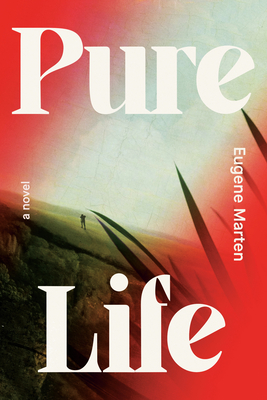 A harrowing, intense, powerful new novel that reads like a classic, from one of the great writers of his generation.

Nineteen battles his way into the pros, becomes the quarterback, becomes the myth. Marries the owner’s daughter, touches greatness few will ever dream of, retires into what he assumes will be the promised afterlife of days on the golf course, celebrity endorsements, and cushy real estate investments. But markets tank, family disintegrates, fame fades, and the holes in his mind and memory from a career of punishment on the field become too large and frightening to ignore. When he hears of a miracle brain damage treatment forbidden in the U.S., he travels to the Mosquito Coast of Honduras in search of a chance to restore himself to the man he was. Instead, he finds himself on a journey that plunges him into a darkness more violent and horrific than he could have possibly imagined—at once a fight for his life and to hold onto the shards and fragments of the life he’s fighting for.

A sports saga, sprawling thriller, and existential reckoning with the rot at the core of the west, told by an unheralded, singular master, Pure Life is a daring, complex, and brutal confrontation with and demolition of our modern myths in the most primal of settings—one as perilous as it is imperiled.

Eugene Marten was born in Winnipeg, Manitoba, to European parents, emigrated to the U.S. before the age of two, and grew up in Cleveland, Ohio, where he now lives again after stints in Oregon, New York City, Costa Rica (where the germ for Pure Life originated), Texas, South Dakota, and Los Angeles. In 2014, an excerpt from his novel Layman’s Report earned him an NEA Fellowship.

“A relentless and vivid story of a retired football player who has gladly sacrificed his mind and body to the sport. ... Marten brilliantly [captures] the 'Dadaist poetry' of play calls, the blur of moving bodies, and the numbing catalog of injuries ... Messy and fascinating, [Pure Life] blitzes the reader with a disorienting stream of language and genres.”
—Publishers Weekly

“Pure Life is a grim, dazzling thriller, a stunning allegory, and the precisely rendered portrait of a washed-up jock hero of a dissipated empire jarred in the most dangerous way imaginable from his numbed-out American dream. Reminiscent at times of Don DeLillo and the late great Robert Stone, Eugene Marten brings his unique, powerful cadences to this bruising, unforgettable epic.”
—Sam Lipsyte

“A compelling trip into the heart of darkness … Marten has a rare ability to cut to the bone—which leads to some stunning passages, evocative of Cormac McCarthy with more punctuation.”
—Chicago Review of Books