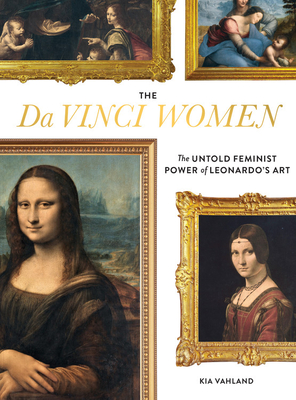 This new biographical look at Leonardo da Vinci explores the Renaissance master's groundbreaking portrayal of women which forever changed the way the female form is depicted.
Leonardo da Vinci was a revolutionary thinker, artist, and inventor who has been written about and celebrated for centuries. Lesser known, however, is his revolutionary and empowering portrayal of the modern female centuries before the first women's liberation movements.
Before da Vinci, portraits of women in Italy were still, impersonal, and mostly shown in profile. Leonardo pushed the boundaries of female depiction having several of his female subjects, including his Mona Lisa, gaze at the viewer, giving them an authority which was withheld from women at the time.
Art historian and journalist Kia Vahland recounts Leonardo's entire life from April 15, 1452, as a child born out of wedlock in Vinci up through his death on May 2, 1519, in the French castle of von Cloux. Included throughout are 80 sketches and paintings showcasing Leonardo's approach to the female form (including anatomical sketches of birth) and other artwork as well as examples from other artists from the 15th and 16th centuries. Vahland explains how artists like Raphael, Giorgione, and the young Titan were influenced by da Vinci's women while Michelangelo, da Vinci's main rival, created masculine images of woman that counters Leonardo's depictions.

Kia Vahland is an award-winning art historian and journalist. She is the author of numerous nonfiction books on the Italian Renaissance including Michelangelo & Raphael. She is an editor and a leading art critic at Süddeutsche Zeitung, Germany's largest national daily broadsheet paper, and she teaches at Ludwig-Maximilian University and the German School of Journalism, both in Munich.