History of the Deep State (Hardcover) 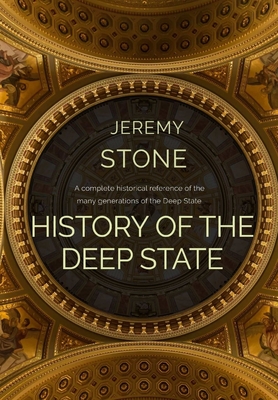 By Jeremy Stone
$29.99
Available to order - Usually arrives at our store in 1-5 days

Mainstream Media has led us to believe that the Deep State is only as old as the Obama Administration. However, it has presented itself in many forms throughout our nation's history. Both Democrat and Republican Presidents alike have been involved in this 240 + conspiracy against America. Jeremy Stone has elucidated a clear definition of the origin, evolution, objectives, and the hostile foreign intentions of The Deep State. Its agenda is an Anti-American one, with Socialist/Enlightenment thinkers at Its core. Nefarious foreign interference of our 'Nation-State' has not come out of the Trump administration, as the left has fostered in its 'collusion' narrative. Instead, it has been mounting for centuries as a far-leftist agenda, with the ultimate goal of toppling our country from within. Without a complete understanding of the Deep State and its history, we are doomed to fail in attempting to eliminate it. While it is possible to stifle the Deep State and its foreign conspiracy against 'The State, ' we must understand what it is, a Global-Socialist-Matrix/New World Order, designed to topple Governments from within.