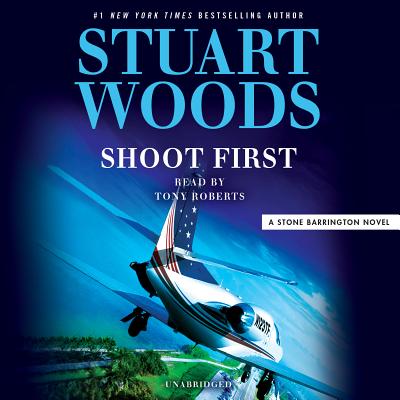 This is book number 45 in the A Stone Barrington Novel series.

Stone Barrington is enjoying a round of golf in Key West when the game is violently interrupted--and it seems as if the target of the disturbance may have been one of his playing companions, the brilliant businesswoman behind a software startup on the cutting edge of technology. Soon, it becomes clear that this incident is only the first thrust in a deadly scheme to push the beautiful young woman out of the way and put her company's valuable secrets up for grabs.

From the sun-soaked Florida shores to an idyllic English country retreat, Stone embarks on a quest to protect his lovely new companion while searching for the mastermind behind the plot against her. But he may find that her enemy is far more resourceful--and dangerous--than he could have anticipated.

Stuart Woods is the author of more than sixty novels, including the #1 New York Times bestselling Stone Barrington series. He is a native of Georgia and began his writing career in the advertising industry. Chiefs, his debut in 1981, won the Edgar Award. An avid sailor and pilot, Woods lives in Florida, Maine, and New Mexico.

Tony Roberts is a gifted actor who has appeared on the Broadway stage and in films. Twice a Tony nominee, he starred in Xanadu, Barefoot in the Park, Don’t Drink the Water, and Victor, Victoria. His film credits include Annie Hall, Serpico, and Play It Again, Sam. He can be heard on many Stone Barrington audiobooks.

“Smooth...The principal pleasure lies in watching the suave, resourceful Stone maintain his good humor and high lifestyle throughout all his travails.”—Publishers Weekly

“Barrington’s banter with Dino and the lure of diving into the hero’s lavish lifestyle will satisfy those seeking a fast-paced escapist adventure.”—Booklist