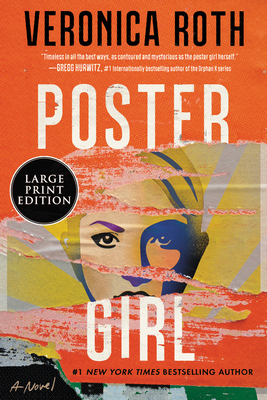 For fans of Anthony Marra and Lauren Beukes, #1 New York Times bestselling author Veronica Roth tells the story of a woman's desperate search for a missing girl after the collapse of the oppressive dystopian regime—and the dark secrets about her family and community she uncovers along the way

Sonya Kantor knows this slogan—she lived by it for most of her life. For decades, everyone in the Seattle-Portland megalopolis lived under it, as well as constant surveillance in the form of the Insight, an ocular implant that tracked every word and every action, rewarding or punishing by a rigid moral code set forth by the Delegation.

Then there was a revolution. The Delegation fell. Its most valuable members were locked in the Aperture, a prison on the outskirts of the city. And everyone else, now free from the Insight’s monitoring, went on with their lives.

Sonya, former poster girl for the Delegation, has been imprisoned for ten years when an old enemy comes to her with a deal: find a missing girl who was stolen from her parents by the old regime, and earn her freedom. The path Sonya takes to find the child will lead her through an unfamiliar, crooked post-Delegation world where she finds herself digging deeper into the past—and her family’s dark secrets—than she ever wanted to.

With razor sharp prose, Poster Girl is a haunting dystopian mystery that explores the expanding role of surveillance on society—an inescapable reality that we welcome all too easily.

Though she was born in Mount Kisco, New York, Veronica’s family moved to Hong Kong and Germany before settling in Barrington, Illinois. In elementary school, Veronica read constantly, but it wasn’t until she got a “make your own book!” kit from her mother as a gift that she thought to write anything of her own. From that time on, she knew she would write for the rest of her life, whether she was published or not. She wrote the manuscript that would become Divergent in her free time while attending Northwestern University, where she graduated magna cum laude with a degree in English Literature with Creative Writing in 2010.

She is a board member of YALLFest, the biggest YA book festival in the country, and YALLWEST, its sister festival. She currently lives in Chicago with her husband and their dog, Avi, whose adorable existence is well-documented on Instagram.

“Roth isn’t interested in easy victories or happily-ever-afters . . . The novel manages to be an elegant social commentary without resorting to preachiness . . . A wonderfully complex and nuanced book.” — Kirkus Reviews (starred review)

“Highly recommended for readers of dystopian fiction, lovers of Philip K. Dick’s thought-police science fiction, and anyone who wants to see how far “If you see something, say something” can be led astray.” — Library Journal (starred review)

“Poster Girl is a captivating story full of twists and turns—and no easy answers. Veronica Roth's latest outing will draw you into its broken world, and make you think more deeply of our own. I couldn't put it down." — Karin Slaughter, New York Times bestselling author of Girl, Forgotten

“Roth weaves a tale of redemption and regret that kept me riveted and guessing until the last page.” — Hugh Howey, New York Times bestselling author of Wool and Across the Sand

“Veronica Roth's Poster Girl is a carbonated noir, a thrilling dystopian page turner, and a novel that pushes at the ideas of justice and compliance. Poster Girl is a rare book that is deeply entertaining while making readers consider deep moral issues.” — Megan Giddings, author of Lakewood and The Women Could Fly

“Someone is always watching, private secrets breed public power, and polite behavior and careful thoughts will not be enough to save everyone from their complicity. This is a smart, propulsive thriller set in a cleverly constructed world, full of tough questions I won’t soon forget.”  — Matt Bell, author of Appleseed

“This is a story of deep complexity, full of love and loss and hard-won hope.” — Marissa Levien, author of The World Gives Way

“An intelligent, raw, emotional dystopian thriller that asks deep questions about human nature, society, and freedom. With searing prose, deft world building, and a layered, propulsive plot that will keep you turning the pages, the supremely talented Veronica Roth is at the top of her game in Poster Girl. Don’t miss this!” — Lisa Unger, New York Times bestselling author of Secluded Cabin Sleeps Six

“Poster Girl cements Veronica Roth’s status as a superstar. It’s not just her prose, lyrical and precise. Not just her characters, complex and enchanting. It’s that she manages to keep her feet planted in the thunderous present while setting her narrative gaze on a looming Orwellian future. Not a word of this fine novel is dogmatic or reductive as Sonja Kantor, onetime true believer, peels back the pristine façade of her life’s ideology to reveal the churning human chaos beneath. Her story is timeless in all the best ways, as contoured and mysterious as the poster girl herself.”  — Gregg Hurwitz, #1 International bestselling author of the Orphan X series