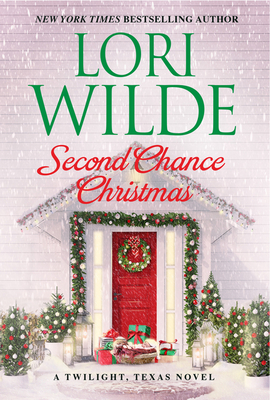 New York Times bestselling author Lori Wilde returns to Twilight, Texas, with a love story filled with the magic of the season, about a couple who discover an abandoned baby on Christmas Eve-Eve.

It’s Christmastime in Twilight, TX. The lights are twinkling, carols are being sung, and the cookies are baking. And this year, best friends Joel and Jana discover a shocking surprise: as they are organizing the living Nativity, they find a sweet little baby in the manger with a note saying the mother will return...soon.

Jana tucks the infant into her arms, and she and Joel make the impulsive decision to take the baby home. Jana is spontaneous, Joel is a planner, but they agree that it’s better to care for this precious bundle for the holidays, in hopes that the mother really will come back by New Year’s.

As the days pass, the pair begins to fall in love with the child and they’re also forced to face facts: their relationship goes far deeper than friendship. As the spirit of Christmas—and the magic of Twilight, TX—takes over, this unlikely couple must open up to the feelings they’ve been hiding from each other all along.

Lori Wilde is the New York Times, USA Today and Publishers’ Weekly bestselling author of 87 works of romantic fiction. She’s a three-time Romance Writers’ of America RITA finalist and has four times been nominated for Romantic Times Readers’ Choice Award. She has won numerous other awards as well. Her books have been translated into 26 languages, with more than four million copies of her books sold worldwide. Her breakout novel, The First Love Cookie Club, has been optioned for a TV movie.

Lori is a registered nurse with a BSN from Texas Christian University. She holds a certificate in forensics and is also a certified yoga instructor.

A fifth-generation Texan, Lori lives with her husband, Bill, in the Cutting Horse Capital of the World; where they run Epiphany Orchards, a writing/creativity retreat for the care and enrichment of the artistic soul.

“A charming visit to two of our favorite Lori Wilde destinations: Cupid and Twilight, Texas, of course... [in this] sassy, sexy romantic tale set in the holiday season. Lori Wilde has created two wonderful somewhat crazy families that have captured our hearts.”
— Fresh Fiction on The Christmas Backup Plan

“Christmas at Twilight is a wonderful heartwarming story not to be missed. The characters are written with compassion as the love between the couple grows.”

“An absolute crowd-pleaser...The magnetism between Naomi and Mark is breathtaking and real, and the magic of Christmas enhances their romance.”
— Publishers Weekly (starred review) on The Christmas Key