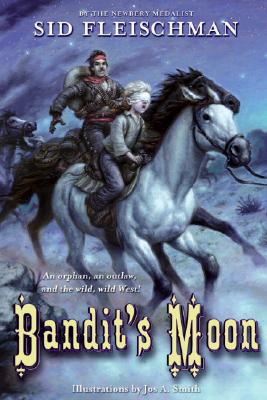 Annyrose Smith is a true child of calamity, but she is determined to overcome it. So what if she's an orphan? So what if she's stuck with the vilest landlady in California, while her brother's off trying to strike gold? So what if Joaquín Murieta and his band of notorious outlaws swoop in and take her away? The fearsome bandit thinks Annyrose can help him in his quest for justice, and she thinks he can help her search for her long-lost brother. She's not about to let anything stop her, not the mistaken identities, the daring robberies, the wild chases, or her unlikely friendship with the Mexican Robin Hood.

Sid Fleischman wrote more than sixty books for children, adults, and magicians. Among his many awards was the Newbery Medal for his novel The Whipping Boy. The author described his wasted youth as a magician and newspaperman in his autobiography The Abracadabra Kid. His other titles include The Entertainer and the Dybbuk, a novel, and three biographies, Sir Charlie: Chaplin, The Funniest Man in the World; The Trouble Begins at 8: A Life of Mark Twain in the Wild, Wild West; and Escape! The Story of The Great Houdini.

Jos. A. Smith, illustrator of Hurry! by Jessie Haas, Ogres! Ogres! Ogres!: A Feasting Frenzy from A to Z by Nicholas Heller, and A Creepy Countdown by Charlotte Huck, lives in New York City.